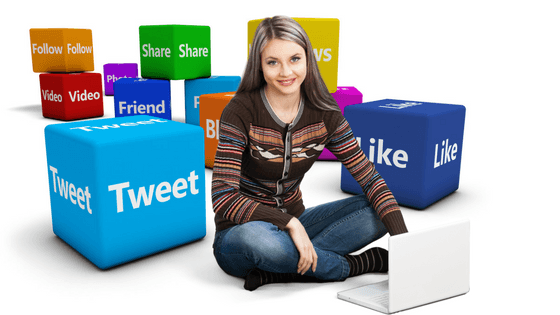 We live in a virtual world. Social networks are the part of our everyday life. Every click, view or sign up is recorded somewhere. It is creepy and useful at the same time. Following the statistics and flow of social media networks can be very beneficial to the businesses, while personal users should be very careful what information they upload on the personal social media accounts because at some point being too much exposed proves not to be the good thing.

We have gathered for you the hundred amazing social media statistics and facts. Let’s take a look at them:

7.    every 12 seconds there is a one new mobile internet users, which makes it 1 million new active users annually

8.    60 billion messages are being sent daily on Facebook Messanger and WhatsApp

26.    People from 55-64 years of age are  2 times more likely to engage with branded content than those 28 years old and younger

29.    38% of companies plan to spend 20% of their advertising budget on social networks

30.    56 million of blogs are published every month on WordPress

32.    On Facebook, there are average daily 8 billion video views

39.    50% of all Google searches are performed on mobile devices

40.    to process all these searches Google spends 0.01% of world electricity

45.    50% of internet users who don’t use Facebook themselves live in the same household with someone that does

50.    Market value of Facebook is around $321 billion, which makes it the  5th  most valuable company in the world

57.    Post made on Thursday and Friday receive the most engagement

65.    77% of Twitter users feel more confident about their brand if their Tweets are replied to

66.    68.5% of medium to large US companies use the Twitter for marketing purposes

75.    Companies that use Twitter for their customer service have 19% increase in customers satisfaction

76.    The most searched term on YouTube is music, and second is Minecraft

78.    More of 50% video views on YouTube comes from mobile devices

85.    The highest number of views 2.5 billion had Gangnam Style by Psy

89.    The most popular food pic on Instagram is the one with Pizza, then Sushi and Steak

94.    The brand with the most followers is National Geographic with over 48.5 million followers

95.    The most liked photo on Instagram is the one of Kendal Jenner with 3.5 million likes

100.Only 17% small businesses in the US use LinkedIn

The number indeed speak for themselves. They indicate that the social media has arrived to stay! We reassure you that this is only the beginning of social networking era. We are the witnesses of its’ first steps. So, you are not late for the party! If you are a business owner and don’t have established social media presence of your company go ahead create one. Manage your company’s  social accounts well, and you will highly benefit from it.

HOW CAN LINKEDIN HELP YOUR BUSINESS
How Can LinkedIn Help Your Business Link...
38303 hits
FACEBOOK AND INSTAGRAM MARKETING PREDICTIONS FOR 2017
It seems that 2017 will be an interestin...
29550 hits
INSTAGRAM SUCCESS RECIPE
INSTAGRAM IN NUMBERS If your audience ha...
30198 hits
Top 5 Social Media Marketing Tips for Holiday Season
It is the time of the year when e...
12195 hits
Benefits of Facebook Advertising
LITTLE BIT OF HISTORYFacebook was launch...
30926 hits