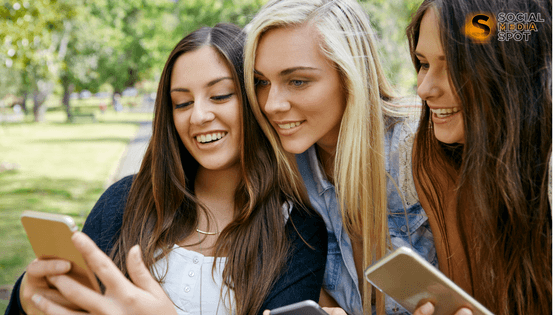 WHAT IS A VIRAL MARKETING?

All of you that are working on something new: product,  service or new strategy how to increase the sales of the old product, hope that your idea becomes popular. You hope as you love it that everyone else would adore it too.

It is not all about advertising. As a matter of fact, viral marketing is less about business advertising but more about word of mouth approach.

Word of mouth is a powerful tool. If you are a freelancer or a business owner, there is much more affordable and efficient way to spread your message to your audience and broader. You just have to figure out how! That is what this article is about.

People tend to trust less to business advertisements and more to their friends. Companies try to sell and will do anything to persuade the consumers to buy their product. People are fed up of being bombed with various ads telling them how their life will improve if they purchase the particular service or product. But, when their friends say:" Hey this is great stuff, you should try it out!", or: ”No, it’s not so good,” you will listen to your friends.

That is the whole point of word of mouth.

Knowing the above mentioned, the business with a smart marketing strategy reach out to the influencers for help. The influencers became what they are because of their power having over their audience. The second option which doesn’t require any cost is to search among your existing customers and ask them to spread the word about the new content you created. People are friends with the people that have something in common.

As you can see, word of mouth is much more effective than advertising, but how we get people to talk about our ideas? The answer is, you have to combine both, an online and an offline strategy. The online strategy includes activity on social platforms such as Facebook, Twitter, Instagram, Pinterest and others, depending on where is the majority of your audience. The offline word of mouth strategy is even more efficient and straight to the point as includes a conversation with a friends and family during the lunch and other daily activities, where the bonds between the people are stronger face to face, rather than online connections.

To understand how to make people talk about your content, you have to figure out first what people like and share. You have to analyze a psychology and human behavior.

The science has proved that there are several psychological drivers, that make people talk about certain things.  The same principles we can apply while creating our content we wish to go viral.

How do you make people look good? You need to give them a "social currency." In human nature is that we want other people to like us and recognize our values. So, create a valuable content and send it to the limited number of individuals without implementing a CTA (call to action). Make sure to tell them that they are the ones of a subtle group of people that you have sent the exciting news about this great new product. By applying this strategy, you make those people look smart and unique. The next thing coming is, these individuals will make sure to spread the news further. Finally, the result is that your content is gaining viral dimensions.

There are two examples from a real world on how to make people feel like insiders. Some time ago the LinkedIn was sending the emails to its users saying:”Congratulations! Your profile is one of 5%-10% of most viewed profiles on our platform!”. That email felt pretty good. People wanted to share it with their connections and friends, letting them know how important they are. All of this resulted at the end with a higher interest for LinkedIn advertisement.

The second example is from well known McDonalds Company. A few years ago they released a new product called McRibs. Even though they thought it would be a top hit, McRibs didn’t do that well. After taking a second thought, they decided to take it off the market and after some time to relaunch it again in just a few local markets (Denver, Detroit some other time at Chicago, etc.) This strategy made consumers from these local areas feel special. It made them feel like insiders. As word of mouth spreads quickly, the users from other parts of The United States were waiting impatiently when this great product will come to their city.

3.    GETTING PEOPLE TO CARE WITH EMOTIONS

When creating your promotional content don’t just try to sell, but rather provoke feelings. Focus on how your product, idea or service will resolve your audience’s issue. Evoke emotion over it. There are high and low arousal emotions. High-arousal emotions people tend to share more. Those are sentiments of anger, humor, and excitement. While low arousal emotions are sadness, happiness, and peacefulness.  Notice, that people don’t share only positive feelings over negative ones, like most of us would think. It is more about emotions that hit the core.

Make the people feel angry, anxious or excited about something, and they are more likely to take action and pass the information further more.

A trigger is any stimulus from the environment that could be seen, heard or smelled. When creating your content use the phenomenon of a trigger to remind the people of your business. Make something unique, yours, that every next time people see it will bring it into connection with you.

For example, the famous insurance company Geico created an ad a few years ago that went viral. Probably, most of you are thinking, what is so interesting about an insurance company that can go viral. They made an ad showing a camel walking in the Geico office between the desks with employees working on their computers. The message at the end of the ad was:”How happy are the customers with Geico? Happier than the camel on Wednesday!”. People went crazy over this video, watching and sharing it on and on. The analytics later showed, that there was a spike in engagement rate once a week, for months to go. Guess what? That spike was every Wednesday!.

People were triggered to think about Geico, every Wednesday of the week. Put your imagination to work, and create the trigger for your audience. It doesn’t have to be, necessarily related to your business, but something interesting and unique that will remind the people of your content every time they see the trigger.

Once you get the train going, with your interesting content by provoking emotions, creating a trigger, or making people feel like insiders or just good about themselves, sit down and watch how your post or ad gets shared. People like to imitate what other people are doing. Soon, your content will get viral dimensions.

The viral marketing method is cost effective and may bring my higher result than any other type of classical online advertising.

INFLUENCER MARKETING - A METHOD TO CONSIDER

How to Promote Your Event on Social Channels

HOW TO MAKE MONEY THROUGH E-MAIL MARKETING

8 Tools for Making Great Visuals
SOCIAL MEDIA IS BASED ON VISUALSP...
39305 hits
5 DON'TS ON TWITTER
If you own business, either new or alrea...
33406 hits
Create a Successful Thanksgiving Marketing Campaign
One of America’s favorite holidays is co...
25576 hits
6 WAYS TO INCREASE YOUR SALES VIA SOCIAL MEDIA
As we previously wrote in one of our blo...
38492 hits
HOW TO MAKE MONEY THROUGH E-MAIL MARKETING
The Notion of Email Marketing In the era...
37021 hits