HOW TO BUILD A LOCAL SOCIAL MEDIA STRATEGY FOR RESTAURANTS IN ASTORIA,NY 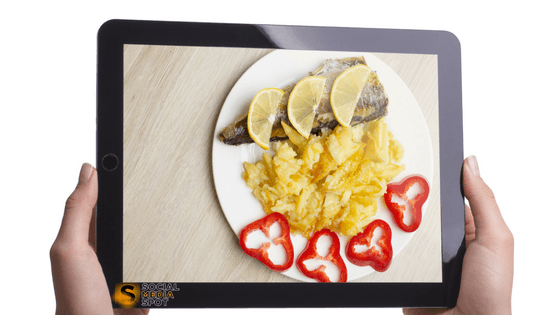 The Internet has ensured that individuals continue to do business efficiently. Through the various tools that are available on the web, a user can set up and grow their business. The social networking sites, which are at the center of the Internet, have revolutionized how individuals connect with each other throughout the world. Facebook is one of the social media websites that has had an enormous impact on people’s lives, and as a result, has been integrated into the way the businesses are conducted. It is this tool through which the restaurant industry can interact with its customer base in different ways.

In Astoria, New York, restaurants have various Facebook pages through which they communicate with their clients in a variety of ways. It is critical to perform an analysis of the different strategies, such as offering discounts to customers, branding of restaurants, and providing a platform for reviews on Facebook, which have been implemented by various restaurants in Astoria, New York, to grow a business.

Facebook is one of the social media tools used by people all around the globe. Previously, Facebook was intended for communication purposes but has been revolutionized to becoming one of the greatest instruments to conduct business. Facebook provides the best platform for individuals to interact with their clients in many ways as well as to reach various people at once (Bloomberg, 2017). It is for this reason that different restaurants within Astoria, New York, have used it as a tool to develop their businesses. Astoria in New York has several restaurants which have incorporated social media as a part of their overall marketing strategy. The marketing strategy applies to various advertisements, feedback from the customers, general interaction among other ways.

The first way of using Facebook by restaurants is the creation of a brand advertised on this platform. Most restaurants have organized businesses that revolve around a certain brand, for example, The Bohemian Hall & the Beer Garden (The Bohemian Hall & the Beer garden, 2017). It is a restaurant in Astoria New York that has built a brand by promoting it as a place where individuals can enjoy their beer. Since most people use Facebook, a quick search of such a place displays the restaurant. The creation of a brand is a powerful guide to various potential customers looking for a restaurant that serves their needs (Haydon, 2013). Through a Facebook page where the name of the restaurant is shown to the public, the user can find out more about that particular business. As a result, various customers can visit a given location having the full knowledge of what they are going to expect. The Bohemian Hall & the Beer Garden is an excellent example of how social media can be used to develop a good brand image for the consumers.

Another way through which businesses can incorporate Facebook is providing a platform to inform their customers about various issues. Responses can range from the answers to general queries to giving guidelines to the customers (Salerno, Yang, Nau, & Chai, 2011). An example is how The Bohemian Hall & the Beer Garden was communicating to its clients that the premises would not be open on the 11th of August, 2017, because of the lack of water due to scheduled maintenance. Such a move is critical to its consumers who did not feel inconvenienced due to the planned maintenance of the water line that serves the restaurant. It is an example of how restaurants can provide their clients with the information needed. Through such a constant interaction with the customer base, a restaurant can continually grow to make Facebook critical for building a local social media strategy.

Consequently, different restaurants can use Facebook to increase their sales by providing discounts to their social media community. Facebook has ensured that businesses can perform various forms of promotion to the brand that they have already created on the web. A place like Sal, Kris and Charlie's Deli “Sandwich King of Astoria” has quizzes for its online followers where winners are rewarded with discounts or coupons (Sal, Kris and Charlie’s Deli “Sandwich King of Astoria,” 2017). Different forms of social media promotion exist including giving out tickets to individual social media followers, giving discounts and so on. Through tools such as hashtags, consumers can be rewarded, and restaurants can improve their social following as well the overall sales. With the help of this instrument, restaurants can gain much from their consumers. This strategy is especially valid for cafes providing fast foods as well as those offering pastries as the main dish. Promotion can enhance the customer's perception about the restaurant as well as improve the interaction that the restaurant has with its clients.

Another way through which restaurants in Astoria, New York, have incorporated Facebook as a form of business strategy is by providing a tool for consumers to leave reviews of services offered by the restaurants. We can see this the best in the example of the Queens Comfort restaurant that has provided its clients with a section to review the food as well as the service quality (Queens Comfort Restaurant, 2017). In all the business pages operated by most of the restaurants in Astoria, New York, there is a section reserved for reviews. People who have visited the premises can rate the restaurant out of five stars and also add a comment or recommendation. The reviews ensure that the restaurants can improve based on the feedback provided by the consumers. Such feedback can be about the pricing, and the service offered, among others.

Lastly, restaurants have integrated Facebook for their clients to order food online. Facebook has become a powerful instrument when it comes to the dial and delivery kind of restaurants. Users can view the contact of the restaurant from which they may order their food. Moreover, in some cases such as the Telly’s Taverna, users can order their meals based on the menu (Telly’s Taverna, 2017). They can also customize the foods that they order, and this has proved to be one of the best ways of using Facebook as a business strategy. Typically, the customization of meals can be done through a message sent to the restaurant when ordering on the food. An example is when a client wants more soup or does not eat a particular ingredient in a menu and asks the restaurant not to include it in the meal. This approach has enabled customers to have a control of what they order. Using this tool has ensured that the restaurants have been able to widen their consumer base.

In conclusion, social media can be used to leverage business growth. Facebook is one of the social networking tools accessible throughout the world that has been integrated into the restaurant industry in various ways. First, different restaurants have created their brand on the Facebook business pages. Moreover, Facebook has been used locally by restaurants in Astoria, New York, as a means to get feedback from the customers. It has also ensured that the restaurants engage with their social followers by providing them with the coupons or offering discounts. Lastly, users can view menus of the restaurants from the comfort of their homes, and this has revolutionized the restaurant industry.

7 DO'S AND DON'TS IN FACEBOOK MARKETING
In the early years of Facebook, it was e...
36503 hits
How to Create a Black Friday Campaign on Facebook
Even if you don’t admit it to yourself, ...
26455 hits
SOCIAL MEDIA ULTIMATE GUIDE FOR NY BUSINESSES
Nowadays, the first thing most people do...
34991 hits
Top 5 Celebrities on Twitter
Twitter gives you a perfect opportunity ...
27854 hits
How To Get More Followers On Facebook
WHY COLLECTING FOLLOWERS Yes! We all do ...
38892 hits