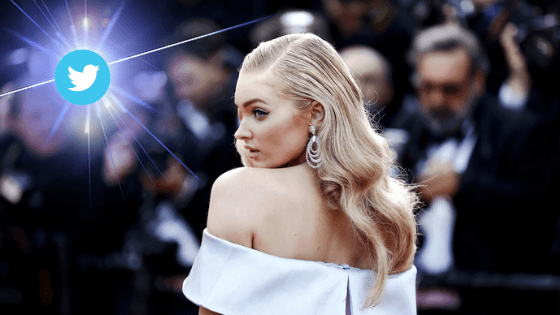 Twitter gives you a perfect opportunity to stay up-to-date very quickly on your way to work or while you’re at the gym and it doesn’t bother you with long articles. Everything comes down to 140 characters: politics, society, entertainment, culture, sarcasm, good news, and bad news. You can follow all kinds of people, companies, websites, literally everyone and everything.

Celebrities can’t resist Twitter either. There are armies of followers who are impatiently waiting for new tweets so they can hit the like or retweet button immediately. They keep mentioning their favorite singers and actors hoping that one day they will retweet them or maybe even comment on their tweet. Daily updates from their favorite personalities make them feel as if they were a part of their life. It might be something trivial and irrelevant, like what they had for breakfast, but still...

However, your popularity doesn’t necessarily mean that you have millions of followers on Twitter! Some of the most famous actors and singers aren’t even in the top 20 Twitter users with the most significant number of followers.

Who has the most loyal fans and why? What is that they’re doing to keep people on their feet all the time? What kind of content do they share with their audience? Let’s see!

It’s no surprise Kim Kardashian is on top of the list. Justin Bieber, Ellen DeGeneres, Ariana Grande, and Barack Obama are there as well. So, except for their professional careers, why are they so attractive to people? Not only are people closely watching their professional moves every minute and every day, but they’re also pretty interested in their love lives, fashion choices, public disputes, friendships with other celebrities and so on, especially if they put everything on their social media.

Kim Kardashian draws attention to herself no matter where she goes. It’s the same with social media: with 58.7 million followers, she is one of the most followed people on Twitter. How has Kim managed to do this? She publishes everything. From makeup product ads to her photos and videos and often this celebrity uses Twitter to defend herself publically if her mothering skills are being attacked. From time to time she speaks directly to her fans, replies to their tweets and has a sense of humor: she retweets funny gifs and memes including her pictures. So, acting like a regular person does attract a high number of followers!

Is without a doubt a person who made history. He was the first African-American president of the USA and also the first one to use the benefits of the internet for his campaign and to reach millions of people. More than once, he communicated with his audience (102M followers) and asked them to send their questions and concerns, which is unusual for a political figure of his importance! Becoming the president didn’t stop him from being in touch with his followers all over America, and the world as well. Something that made him different compared to other politicians! Maybe they could look up to his humbleness and availability.

(104M followers) Spreads positive vibes on Twitter! He is so young, but also, he’s a real supporter. That is because Justin always congratulates his colleagues on new hits and albums and helps them gain more audience. From time to time, he does share a personal photo or a comment, but his Twitter account is mostly about music and inviting people to donate money and pray for countries or cities in trouble. So, paying attention to what’s happening in the world and being aware of natural disasters and your ability to help also brings followers! Maybe they will even follow in his footsteps and support when they can!

Is active on Twitter and has more than 76 million followers! There are always a couple of new posts daily – they can be about her show, some cute babies or dogs, or birthday wishes for her friends and colleagues. What stands out is her kindness – she always has a kind word for everyone and is spreading positive energy and inspiration all around. Just like Justin Bieber, she shares info about natural disasters and the ways we can help the victims. Most of all, she’s an animal lover and likes to remind people to adopt dogs and kittens instead of buying them, usually with the #ClearTheShelters hashtag.

Is a young star with more than 57M followers on this social network. She’s pretty active, and there are many new tweets every day! Her account looks exactly like it belongs to a sweet girl: much thankfulness for all kinds of stuff, cute gifs, and pictures, posts about her music and concerts, but also her girly thoughts. She seems so natural and relaxed and doesn’t pretend to be something that she’s not, so it’s her spontaneity what brings people to her account. As well as retweets and responses to her fans and constant communication with them.

Moreover, what makes people unfollow their beloved celebrities? The famous seem to have a tough job here – they need to find a perfect balance between posting about their personal lives, their careers, politics, humor...

Of course, people want to know all about their favorite restaurants, the kind of lingerie they like to wear, whom they chat with 24 hours a day, but some things are too „boring“ to be shared.

A good example is Alyssa Milano, known for her role in Charmed. She is a beautiful and a well-liked woman, very active when it comes to charity and sports events, but with less than 4 million followers on Twitter. As she wrote in her bio – she likes to get political and personal in her tweets, but that is not gossipy enough for a more significant number of fans.

Seems like for many people scandals are soul food. No scandals, no audience. On the other hand, scandals are not always the way to gain an army of followers, as we’ve already seen. However, you still have to show some passion, not only about your job but also about your social media. It can reach a high number of people daily and communicate with them will bring you glory! Each one of the most popular celebrities on Twitter has that one thing that makes them unique and attracts more and more followers every day.

10 Ideas for Halloween to Boost Your Marketing

WHY ARE BUSINESSES INTIMIDATED BY FACEBOOK
LITTLE BIT OF HISTORY &nbsp...
36330 hits
HOW CAN LINKEDIN HELP YOUR BUSINESS
How Can LinkedIn Help Your Business Link...
46299 hits
SOCIAL MEDIA ULTIMATE GUIDE FOR NY BUSINESSES
Nowadays, the first thing most people do...
34993 hits
How to Create a Black Friday Campaign on Facebook
Even if you don’t admit it to yourself, ...
26457 hits
INFLUENCER MARKETING - A METHOD TO CONSIDER
WHAT IS INFLUENCER MARKETING? For the ti...
37287 hits