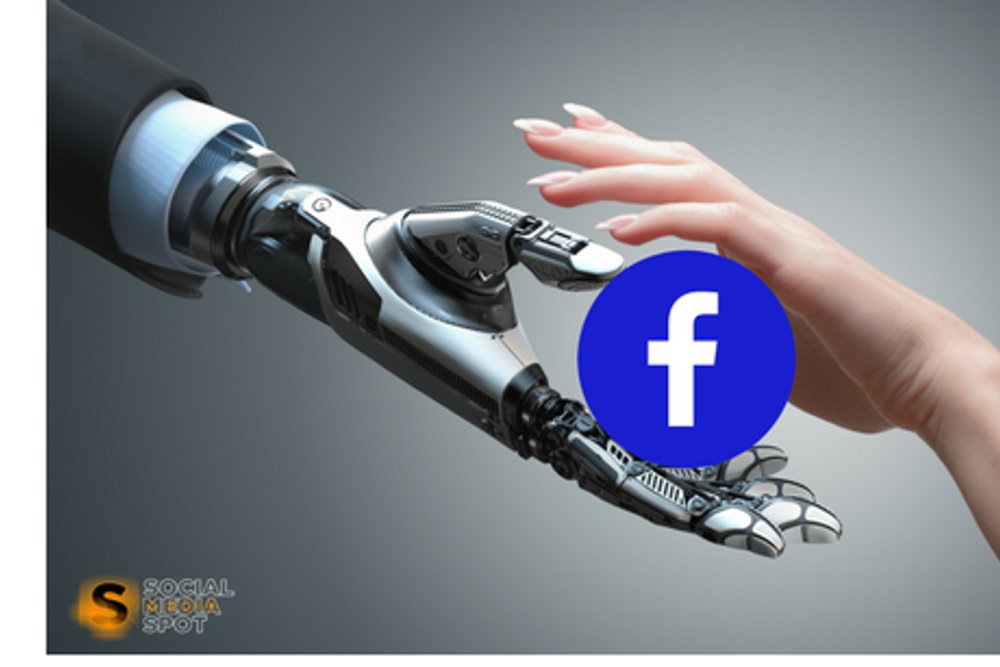 As users of Facebook, we are engaged unexpectedly as a part of enormous Artificial Intelligence (AI) development project. Since I’ve been back to this social network, I have been carefully monitoring its modus operandi.
In general, interface and new possibilities do not exist or are more or less of superficial nature, but what happens „under the hood“ has been drastically altered in past two years. It is quite visible today that Facebook is using AI. Also, Facebook is at present a grand experiment which we feed with loads of data, whose contents, to the surprise of many users, are not relevant. What the background engineers are interested in is the so-called metadata or data about data.

There are various types of algorithms that are an integral part of Facebook Artificial Intelligence:
*data mining algorithms,
* text search algorithms,
* face recognition algorithms,
* then various timers,
*locators
* and similar systems that use information from users’ actions, posts, photos, personal data, time spent online, likes, shares, page visits;
Facebook uses this data in their attempt to model machine learning systems, neural networks and other aspects of AI. It is on purpose to explore psychological and even physiological elements of the human brain. Attempts to predict our behavior and discover our wishes, needs, yet our financial potential shows those models in action.
It is evident that FB continually suggests new friends, new pages, sponsored pages and so on. These efforts are a result of AI model which filters all of the data and metadata FB collected on you.

A few months ago a group of researchers from the University of Novi Sad, Serbia, succeeded in reproducing AI algorithms used by Facebook; this news was even published in the world press. However, algorithms are on one side, and the other is their dependability and capability to predict and conclude, a supposedly main characteristic of AI.
Judging from my profile, those algorithms are pretty bad and have many faults. Newsfeed page, according to FB algorithm, should portray posts that are of interest to the user, should filter contents and not show all of the contents.

On the contrary Facebook Algorithm doesn’t filter all of the users'' posts and also makes mistakes on predicting personal interests even in trivial cases.

Maybe my FB page is not a typical case, but I expected better results. However, it is possible that in other, more fundamental variations the results are better. I have noticed that a significant problem with FB is that it still cannot detect the meaning of texts in foreign languages with its translator and therefore cannot make sufficient suggestions in other languages than English. And not even in English.
Face recognition functions correctly, but there is still a need for a proper “meaning of the photo” algorithm. You can slip either a painted portrait or a photograph of a city, and the locator will give you the same result.

All in all, one can have fun on FB playing a mind game with AI algorithms. The mind game can be exciting on its' own because one can learn from it and possibly new ideas can sprout. In the times that are coming, that could have significant value.
AI is a wide field of research in full swing. One day FB will probably transform so much that it will connect people in a significant way with no need for a personal acquaintance. Currently, our friendships are based on acquaintances from random circle predetermined by family and business circumstances.
I am much more interested in the idea of connection through common interests, beliefs, and values. Such bonds could give unexpectedly good results because people will be able to acquire needed information and knowledge much quicker.
Personally, I find the social network concept connecting only those people who are acquainted pretty trivial. I noticed that FB had relaxed this approach which is a step in the right direction, probably generated by the need for more complex AI experimentation.
In the beginning, when they realized what the network potential could be, Facebook developers went with the simple solution of already formed groups from users’ private lives. Naturally, FB is not only that. At first, it was not created for AI, but for a commercial purpose. However, when Facebook depletes those possibilities it should be raised to a higher level, and it is precisely what is happening right now.
In addition to this, a combination of data with Google, Twitter, Instagram and other big data warehouses will result in time with powerful algorithms which, helped by quantum computers, will completely change the world as we know it.

Facebook has publicly announced several development directions of its AI models.
* One of the models will be employed in revealing potential terrorist attacks by way of showing liaisons between the terrorist organization members. In my opinion, this already exists, and probably many secret services already use it.
*The other model will try to prevent suicides based on the wall post and message content analysis. This one is a particularly tricky model since it has to analyze posts on the emotional basis. Also, it will need to cross-reference them with friends’ comments on these posts.
*The third development direction of Facebook AI is the development of chat-bots. This trend will help the users in their, more or less, routine duties, ( paying bills, sending time-sensitive messages and e-mails, network management, etc.)

Some of these options, like bill paying, are already available on Viber. This, in the later IoT (Internet of Things) phases, will result in the connection of chat-bots to the smart devices in our apartments and cars. That way we’ll be able to, practically, control our whole life through Facebook, or at least we’ll think we do.

In turn, this development will give FB engineers more material for developing even more advanced models. Nevertheless, all of this does not happen without challenge.

By the middle of last year, Facebook faced a scenario that could have been seen in the “Terminator” movies. In short, the artificial intelligence they were developing created its communication language. The AI system created its code to enhance communication, therefore creating a big problem for its creators. It was reason enough for the FB engineers to terminate the whole program when realized that the program which was coded in the English language did not use this particular language as the basis for the communication process. However, it was not the first case. Preceding was when Elon Musk, in his OpenAI lab, developed a bot who later on created its language.

Another similar example comes from Google. Google language translator team discovered that, while working on the translator device, artificial intelligence has “secretly written” its language to assist in translation of particular texts. It turned out that the new language was a great surprise to all in the team.

Taking into regard that currently there is no sufficient proof whether unforeseen AI processes are a threat or a chance for more advanced system development, there is no doubt that this technology will in the foreseeable future post more problems and obstacles for the developers. One of the significant impediments could be that people won’t be able to understand the sort of communication that bots would create themselves. At the same time, Google example in the translation process showed us that this technology, as complicated as it already is, could in a specific moment give the best solution possible. It is on purpose to present to the user the most straightforward tool of the highest quality.

In any case, we are out for quite a fun period full of new challenges posed by the AI development.

The 10 Best Facebook Pages in 2016
Rhythm of life is too fast nowada...
38225 hits
WHY ARE BUSINESSES INTIMIDATED BY FACEBOOK
LITTLE BIT OF HISTORY &nbsp...
36326 hits
4 WAYS TO CREATE CONTENT THAT WILL GO VIRAL
WHAT IS A VIRAL MARKETING? All of you th...
36674 hits
SOCIAL MEDIA ULTIMATE GUIDE FOR NY BUSINESSES
Nowadays, the first thing most people do...
34988 hits
10 Ideas for Halloween to Boost Your Marketing
October means fall, and fall means one b...
51581 hits